Welcome to the CIArb Australia website. Our goal is to provide you with all the information available as a part of the world’s largest and oldest established global resolution body.

The Chartered Institute of Arbitrators is a not for profit organisation working in the public interest through an international network of branches. It has a global membership of over 16,000 individuals offering several levels of membership.

CIArb is an international centre of excellence for the practice and profession of alternative dispute resolution. The objective of CIArb is to promote and facilitate the development of all forms of private dispute resolution on a global basis. In doing so, the Australian Branch (CIArb Australia) provides training by way of a range of training courses.

Additionally, CIArb Australia sponsors and conducts seminars, international commercial arbitration moots and other functions for the promotion of alternative dispute resolution in Australia.

As well as providing education and training for arbitrators and mediators, CIArb acts as an international focus for practitioners, policy makers, academics and those in business concerned with cost-effective and early settlement of disputes. CIArb Australia has a co-operation agreement with the Australian Centre for International Commercial Arbitration (ACICA) and the Australian Commercial Dispute Centre (ACDC) for the furtherance of the mutual objectives of those organisations and affiliations with other national and global associations. It also supports the Australian Dispute Centre, the state of the art facility for hearings, education and meetings situated in Sydney CBD and the Melbourne Commercial Arbitration and Mediation Centre in Melbourne’s CBD.

CIArb Australia also has a role to play in legislative policy and the development of legal principle. The branch makes submissions to Federal and State governments upon the consideration and implementation of reforms, and has sought leave to intervene as amicus curiae in arbitration-related matters before the High Court of Australia.

For members and non-members CIArb Australia offers a range of resources including tools, support, advice, networking, marketing and promotional opportunities, on many platforms include via our flagship publication, The CIArb Australia News.

We welcome inquiries about courses, membership, sponsorship and publications. Along with media inquiries, these should be directed to our Executive Officer at info@ciarb.net.au. 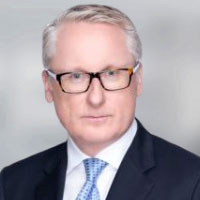