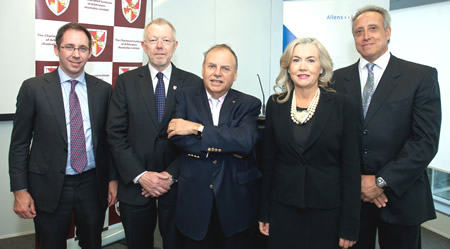 Swift and Diligent – A History of CIArb Australia 1995 – 2015 is a commemorative multimedia slideshow that examines our story from its origins in 1995 until the present day. Featuring interviews with CIArb Global President (1999 – 2000) Neil Kaplan CBE QC SBS and all CIArb Australia’s Chairmen/Presidents, it documents the Chartered Institute’s fascinating history in the context of both internal and external developments, from the battle and lobbying for reform of the Australian International and Domestic Arbitration Acts, to positioning Australia as a business destination in the booming cross border dispute resolution market.