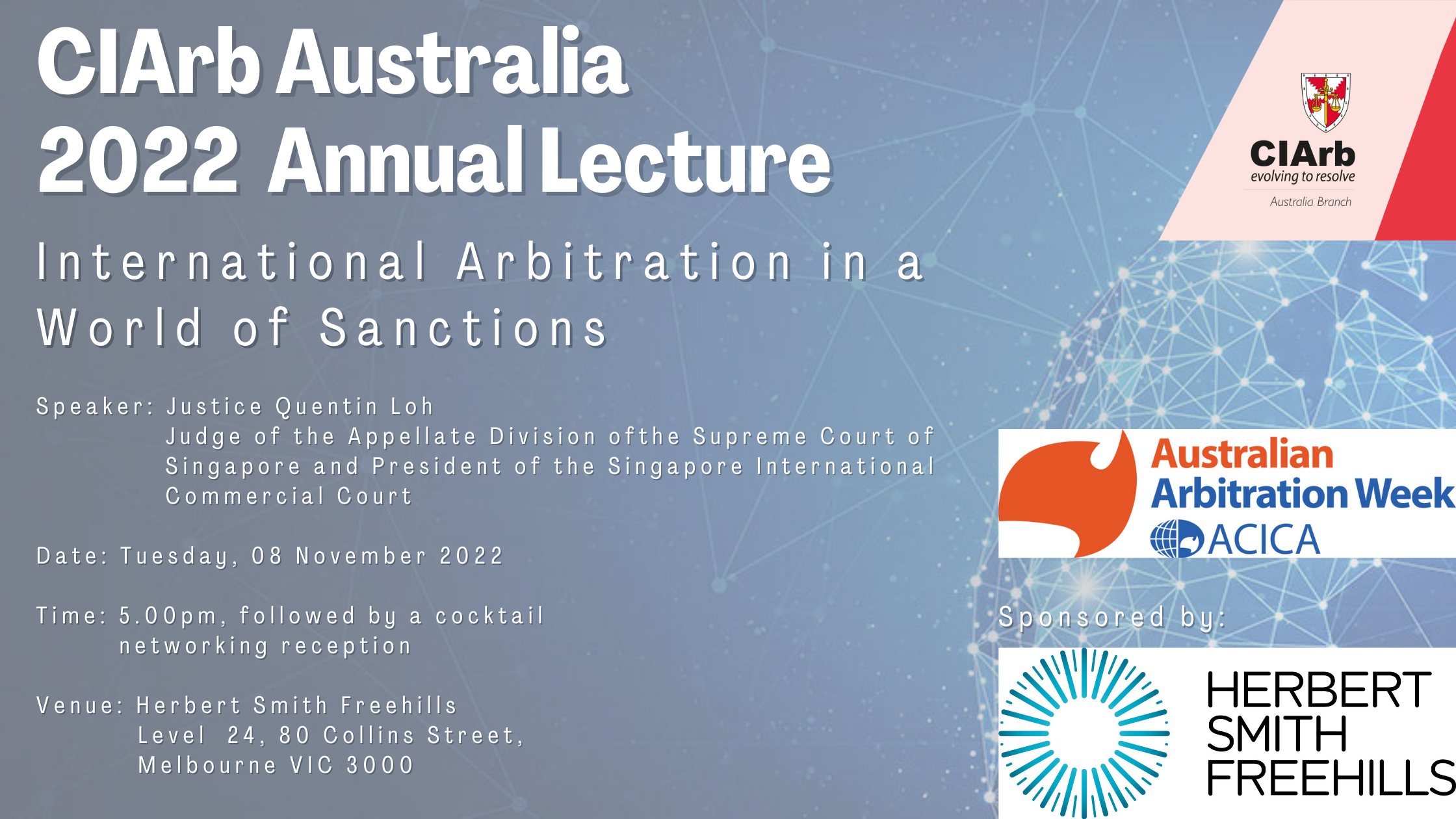 International Arbitration in a World of Sanctions

About the Chartered Institute of Arbitrators

Since 1915 and with over 16,000 members worldwide in over 130 countries operating in over 250 commercial sectors, the Chartered Institute of Arbitrators exists for the global promotion, facilitation and development of all forms of private dispute resolution. In addition to providing education, training and accreditation for arbitrators, mediators and adjudicators, CIArb acts as an international centre for practitioners, policymakers, academics and businessmen. CIArb Australia is one of 40 branches offering institute members a prestigious, globally-recognised qualification and access to a global professional community and regular networking opportunities. www.ciarb.net.au

Maintaining our leadership as a contributor to global arbitration scholarship, we are pleased to once again host the CIArb Australia Annual Lecture. This year’s annual lecture will be held on 08 November 2022 between 5pm – 6pm AEDT, followed by a networking reception. The annual lecture will be held at Herbert Smith Freehills, Level 24, 80 Collins Street, Melbourne VIC 3000

This lecture is a must-attend event of the Australian Arbitration Week.  Our speaker is the Judge of the Appellate Division of the Supreme Court of Singapore and President of the Singapore International Commercial Court counsel, Justice Quentin Loh who will speak on the topic, “International Arbitration in a World of Sanctions”.

Synopsis: The war in Ukraine has given rise to the swift imposition of sanctions against persons, corporations and state-owned entities. These sanctions continue to be expanded and tightened. It will give rise to disruption and serious pitfalls for international arbitration and arbitrators. There are potential problems affecting the notice of arbitration, formation of tribunals, payment of arbitration fees, arbitration hearings and finally enforcement. Arbitrators will face issues like frustration of the arbitration agreement and illegality. Importantly, arbitrators may face personal liability not only from the width and potential reach of these sanctions but also when injunctions or anti-suit injunctions are issued by a country’s courts.

Cost: Access to this event is free for CIArb members and non-members, however, pre-registration is required.

Registration: Limited places are available. Please register by no later than the COB on Friday, 04 November 2022. 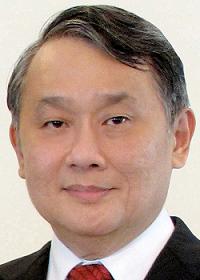 Justice Quentin Loh was appointed Judicial Commissioner in 2009 and a High Court Judge in 2010. He was appointed the Judge of the Appellate Division on 2 January 2021, and the President of the Singapore International Commercial Court (SICC) on 25 December 2020.

He specialises in Construction, Commercial Litigation and Arbitration (domestic and
international). He also hears Public Law matters.In August 2018, he was appointed as Judge of the Supreme Court of Fiji on a part-time basis for three years to hear cases in an appellate capacity.

Before joining Supreme Court, he was Managing Partner of Cooma, Lau & Loh, a firm he co- founded in 1978. He was appointed Senior Counsel in 1999. In 2001, he moved to Rajah & Tann as an Executive Committee member before becoming Deputy Managing Partner in 2003. He is a member of the Judicial Committee of the Academy of Experts (2020 to date) and an Honorary Bencher of Middle Temple.