CIArb YMG World Tour: Arbitration and mediation as a global force for good 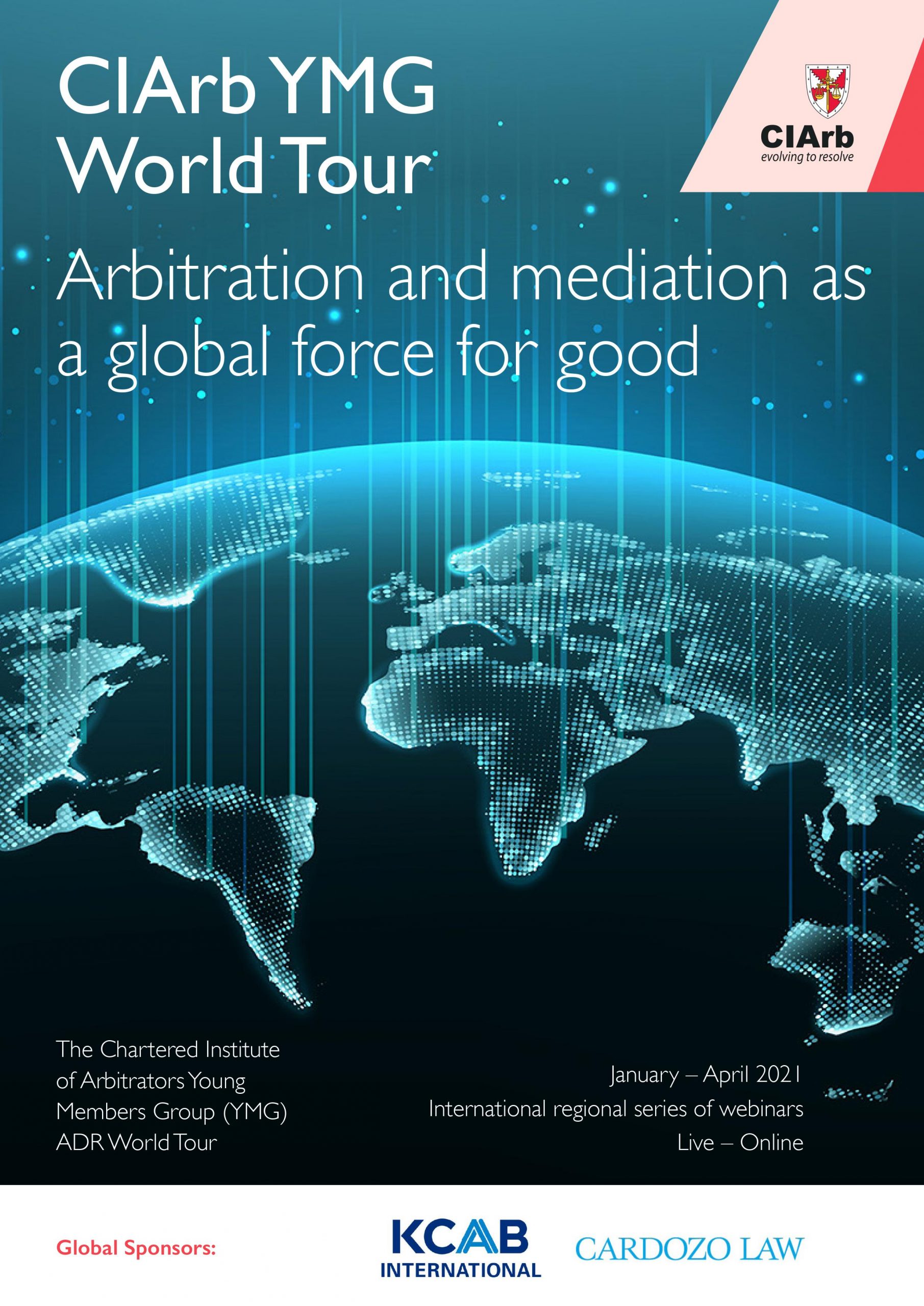 Historically, during times of social, political and economic unrest, agility, disruption and reinvention, are often led by a new generation, capable of shaking up the status quo and finding new ways of conducting “old” business. Look no further than the Chartered Institute of Arbitrators (CIArb) and affinity young practitioner “rockstars” who devote their time, skills, conscience, and efforts to instill arbitration and mediation as a global force for good.

The Chartered Institute of Arbitrators Young Members Group (YMG) presents an international regional series of webinars and in-person conferences which highlight the unique importance and efficiency ADR plays in allowing the world’s economy to remain operative during times of great economic uncertainty. Perhaps no greater time of economic uncertainty has existed than today. Drawing from their intellectual wealth, toolkits and vast networks, the next generation of ADR practitioners have framed a global crisis into an opportunity.

Focused on the unique importance and efficiency of ADR during a time when entire nations’ judiciaries have been crippled, this group of ADR rockstars have produced eleven international regional conferences in Africa, Asia, Australia and New Zealand, The Caribbean and Central America, China and Scandinavia, Europe, India, The Middle East and Turkey, North America, CIS and Eastern Europe and South America for an ADR world tour entitled, “Arbitration and Mediation As A Global Force For Good.”

The schedule of webinars is as follows (week commencing):