Recent Developments in International Arbitration: Implications for Australia and beyond

Home \ Events \ Recent Developments in International Arbitration: Implications for Australia and beyond

You are invited to attend the first event in 2021 of the International Arbitration Series, a joint initiative of the CIArb Australia and Federal Court of Australia.

Addressed by a distinguished chair and panel, the webinar will consider the Australian implications of two recent judgments by the Supreme Court of the United Kingdom in Enka Insaat v Chubb and Halliburton v Chubb.

This will be followed by a Q & A session.

Chair: The Hon. Justice Jonathan Beach
Justice of the Federal Court of Australia

The method of identifying the law applicable to an arbitration agreement has been long debated in international arbitration by courts and commentators.  That makes the Supreme Court’s decision in Enka v Chubb a landmark case which warrants consideration, especially for its implications for Australian law.

Disclosure by arbitrators of matters that may give rise to justifiable doubts about their impartiality is an important legal duty as it reinforces the integrity and perceived fairness of the arbitration process.  What should be disclosed and when a failure to do will lead to removal of an arbitrator varies according to which rules apply. The Supreme Court’s decision in Halliburton v Chubb sets out a nuanced approach to arbitrator disclosure and in establishing apparent bias. The lessons to be learnt from the case will be extrapolated to an Australian context.

Virtual Platform: A link to the virtual platform will be emailed to all registrants after registrations close.

CPD Points: If this webinar is relevant to your immediate or long term needs in relation to your professional development and practice of the law, then you may be able to claim one point per hour (1 Substantive Law CLE Point). Please check the CLE requirements in your jurisdiction.

Chair
The Hon. Justice Jonathan Beach
Justice of the Federal Court of Australia 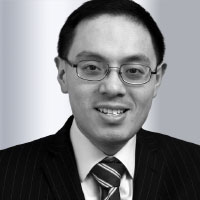 He is a Fellow of the Chartered Institute of Arbitrators and of ACICA.

Leon is a partner at Herbert Smith Freehills in the Disputes Group. He is an experienced and highly regarded litigator and arbitrator. His practice encompasses commercial disputes, regulatory investigations and inquiries, international arbitration and disputes and providing crisis and risk management and strategic advice to Boards. Leon has advised and acted across a number of industries for global clients.

He has particular expertise in alternative dispute resolution processes including international arbitration, expert determination and mediation; in international investments and cross-border transactions including FTAs and investment treaties; and in corporate responsibility compliance with anti-foreign corruption and sanction regimes.

Leon is consistently ranked as a leading commercial litigator and arbitrator. Most recently he was listed in Best Lawyers Australia as a leading lawyer in Disputes, Alternative Disputes Resolution and Regulatory Practice and in Doyle’s Guide as a Pre-Eminent Arbitration Lawyer. He was also named in Global Arbitration Review’s Who’s Who’s Legal: Arbitration – Future Leaders 2017 and 2018 and Asia Pacific Legal 500. 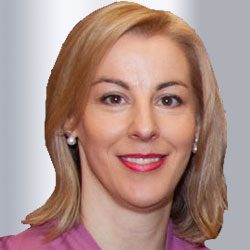 Vicky Priskich is a Vice President of CIArb Australia, a National Councillor and the Chair of the Education Committee of CIArb Australia Limited and a Fellow of CIArb.  She practices as a barrister and arbitrator.

Vicky is experienced in international commercial arbitrations conducted under the SIAC, UNCITRAL and ICC Rules and in arbtral award enforcement proceedings.

She practises across a range of complex commercial disputes involving energy, finance and trusts disputes and shareholder and distributorship agreements.  She has a detailed knowledge of trusts law and has acted as counsel in commercial and family trust disputes and has appeared in banking and finance disputes in the Supreme and Federal Courts. 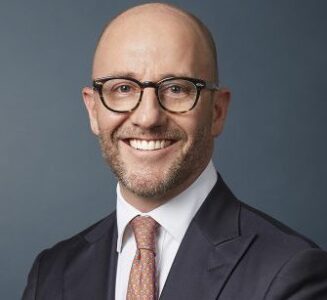 Joshua is a specialist in company-critical, complex arbitrations and litigation.  He represents clients in significant commercial, trade and commerce, energy and resources, oil and gas, and infrastructure-related disputes in Australia and overseas, including cross-border investment disputes. 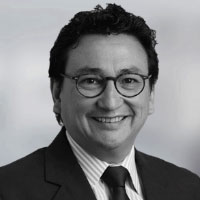 Jeremy is a partner in the Disputes and Investigations team at Allens, based in Perth.  He specialises in complex commercial disputes and has extensive experience in commercial litigation, arbitration, expert determination and mediation.

Much of Jeremy’s experience has concerned disputes in the energy and resources sector.  He has represented clients in proceedings relating joint venture disputes, major project developments, asset acquisition, commodity pricing and engineering issues.  Jeremy is dual qualified.  In addition to his legal qualifications Jeremy has an honours degree in Engineering from the University of Western Australia.

A significant part of Jeremy’s practice involves assisting clients with high value and strategic arbitrations, both domestic and international.  He is co-head of the national Arbitration Practice Group at Allens.  He regularly acts in arbitrations concerning domestic and regional matters.  He is active in the arbitration community and frequently presents on arbitration issues in the region.