Evolution or Revolution: The Innovation Challenge for Expert Evidence in Arbitration 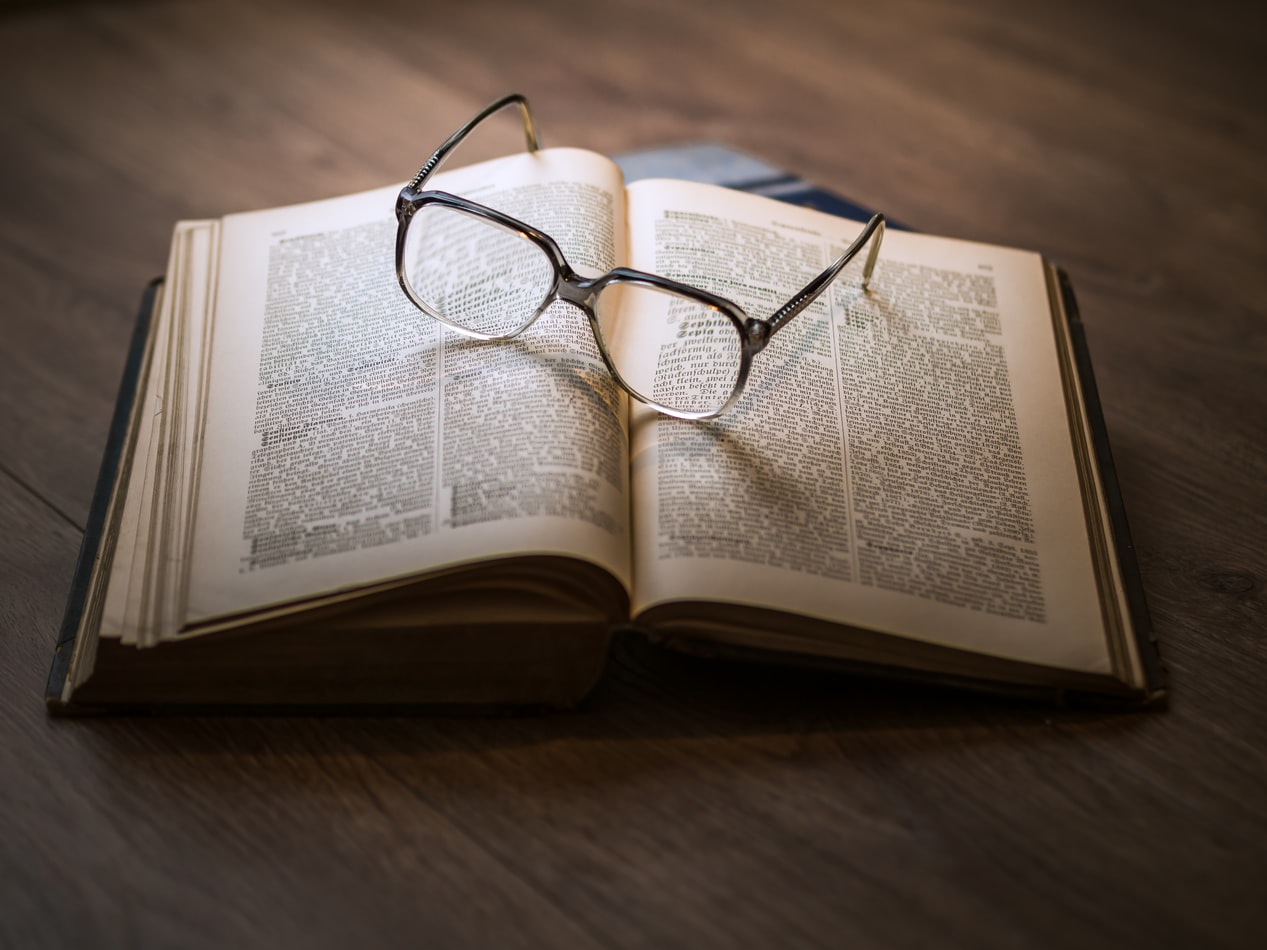 One of the advantages commonly cited for preferring arbitrations is the flexibility in procedural matters, including (amongst many other things) the rules of engagement around expert evidence. As a result, arbitrations have often been (or at least said to have been) several years ahead of adopting innovations compared to courts. The unexpected and unprecedented restrictions arising from the international response to COVID-19 has meant both international arbitrations and the courts needed to respond. Several months into the pandemic response, one Australian judge described the response as being, “10 years of progress for courts in eight weeks”[1]. With that kind of progress, do arbitrations still have an edge in terms of flexibility and practicability when it comes to expert evidence? Owain Stone, a forensic accountant and valuer who has worked in the UK, Singapore and Australia, and given expert evidence in arbitrations and litigation both before and during COVID-19, considers this issue from an expert’s perspective.

Evolution rather than revolution for arbitrations

Prior to COVID-19, virtual hearings for interlocutory procedural matters were already relatively common for arbitrations (particularly international arbitrations). Typically, such hearings would not involve the experts. However, even before COVID-19, we were starting to experience an increasing tendency for arbitral panels to want to engage with experts at an earlier stage. Often that was being done as part of virtual procedural hearings.

As an Australian-based expert involved in international arbitrations, however, it was still common for there to be one or two international visits pre-hearing (unless the legal team was based in Australia), as well as potentially a site visit and a meeting or two with counsel and the ultimate client. Even if the legal team/site was in Australia, there was a preference for experts to visit them in person, rather than virtually.

Whilst there had been an increase in virtual procedural hearings, substantive hearings were almost always done in person, particularly in domestic arbitrations.

Flexibility is a double-edged sword and has meant that the arbitral response has been mixed. In some cases, we have seen delays in arbitrations, potentially reflecting the commercial angle but also because ad-hoc arbitrations require agreement by the parties on a custom solution.

In a limited number of matters, the prospect of having to reschedule hearings, agree on a virtual platform etc. has been sufficient to resurrect settlement talks. However, we have also seen arbitrations continue without missing a beat. Parties who are united only on a desire for the matter to be dealt with have used this limited common ground to move forward apace.

Arbitral institutions have been swift to provide both protocols[2] and platforms to provide guidance and “out of the box” solutions to facilitate the shift to a virtual environment for all aspects of arbitration.

They have also highlighted that an increased focus on cyber-security is required for arbitrations in a virtual environment.

For court related matters, solicitors, counsel and clients would commonly want face-to-face meetings in preparation for hearings in Australia and Singapore (and in other jurisdictions). Whilst there were a lot of frameworks[3] and platforms for so-called “e-trials”, these were primarily focussed on electronic versions of documents, pleadings etc. being available on-screen in physical courts; virtual court hearings for any matter were relatively rare.

Our experience is that Australian courts, perhaps more than in other jurisdictions, have been keen for innovation in the way expert witnesses are dealt with[4], but were resistant to the acceptance of expert evidence virtually.

Whilst we have seen significant movement from lawyers, arbitrators and arbitral institutions involved in arbitrations, we have seen equal, if not greater, movement in courts in many jurisdictions. Although bail and similar hearings, and even some criminal appeals, are being heard in a virtual form, there has been a perhaps understandable reticence, as least in Australia, to hold criminal trials in a virtual format.

There seems to be much less reticence to holding commercial litigation hearings in a virtual format. The courts have responded to the challenges of COVID-19 by allowing (and, in some cases, mandating) interlocutory and substantive hearings to occur almost entirely virtually[5]. They have also committed significant investment to developing new platforms.

Litigators have responded, with varying degrees of enthusiasm, necessarily embracing virtual forms of engaging with experts both before and during trial. Many solicitors and counsel are lauding the benefits of interlocutory activities and this is being echoed by many judges. They all understand the efficiencies that can be achieved in dealing with the largely procedural matters in this manner.

Interestingly, even as some parts of Australia are beginning to open up, our experience is that many counsel are continuing to engage with experts virtually, more so than before.

Despite the occasional ‘expert in a sweatshirt’ story[6] or our experiences of counsel waving frantically at a screen to “object” to a line of questioning, our experience is that participants are finding the expert process fairly smooth in a virtual environment.

Whilst the concept of demonstrative evidence, in the form of pictures, charts, videos and even animations, has been around for a while, it is often the case that experts revert to a conventional written report, perhaps with the occasional graph and chart. Historically, this has also been the preferred communication method for lawyers.

The role of the expert is to educate; first to educate their ultimate client and its legal team, and then either the court or the arbitral panel. The increased use of virtual hearings with multiple screens, hyperlinked documents etc. provides an opportunity for experts (or even counsel) to consider new approaches – the imaginative use of presentations, data analysis tools and other relatively novel forms of evidence may allow them to better communicate the issues in the matter. This has already begun during COVID‑19 and we have been asked to prepare presentations when giving evidence in courts. Perhaps we will see reports pre-recorded in a podcast format in this increasingly digital environment.

Whilst there will, we think, long be a need for something of a written report (even if it is to properly contextualise and introduce the ‘presentation’), it remains to be seen whether courts – and, perhaps as important, the individual judges in those courts –  will be as open to these potential novel approaches as arbitrators may be once the restrictions imposed by COVID-19 are eased.

There is a risk that some of arbitration’s perceived and actual advantages of flexibility with respect to expert evidence have already been reduced, or even eliminated, as a result of the innovations which have been forced on courts as a result of COVID-19. Some common sense, in the form of the ‘big brother of commerciality’, has been introduced into litigation with the embrace of technology allowing more flexibility into the who, where and how of experts giving evidence. Because of the courts’ position that ‘the show must go on’, and their ability to dictate and implement a single technology solution, many litigation practitioners have accepted a shift in approach, with some declaring they will never again get on a plane just to attend a mediation or talk to an expert.

We, as experts, welcome some of the innovation that has come along with the courts’ increasing adoption of virtual technology. However, control and choice in how that is to be used still rests with the courts (and, perhaps, the particular judge) rather than the parties to the dispute. Similar innovation has been shown by arbitral institutions and arbitration practitioners, but arguably the differences in how the two approaches engage with experts has further narrowed in recent months.

Discussions on the relative merits of arbitration over litigation will, no doubt, continue. Whilst flexibility in how expert witnesses are dealt with is unlikely to be a deciding factor in that discussion, the extent to which courts have, arguably, caught up with arbitrations in the use of virtual technology and increased flexibility, may be more persuasive. It remains to be seen the extent to which the innovation from courts and arbitrations, which has necessarily surrounded the COVID-19 pandemic, will fall away in a post-COVID world. Is an increase in flexibility a new habit that will stick with judges, arbitrators and users of courts and arbitrations, or will old habits re-emerge?

There remains an opportunity for arbitrations to do better than the courts in adopting technologies to facilitate expert evidence. However, this is not a time for arbitration practitioners to rest on their laurels – they will continue to need to innovate and show flexibility in a post-COVID world.

[2]   Herbert Smith Freehills have collated a summary of these as at 2 October 2020 <https://hsfnotes.com/arbitration/wp-content/uploads/sites/4/2020/10/HSF-Arbitration-Notes-Institutional-Responses-to-COVID-19-at-02-October-2020.pdf>.

[4] The evolution and adoption of concurrent expert evidence was discussed in my article “Concurrent evidence: How did we get in the hot tub, is it popular and are we staying in it?” <https://kordamentha.com/insights/Concurrent-evidence-How-did-we-get-in-the-hot-tub,.>. 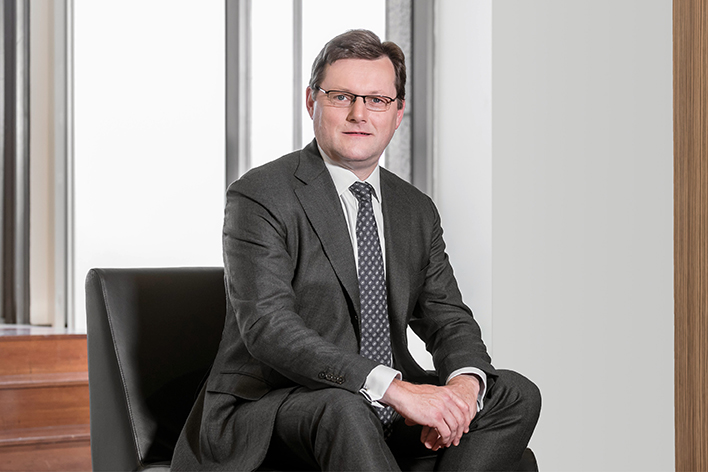 The Role of Technology in Arbitration, and other ADR – What Arbitrators and Practitioners really want?

On Friday, 18 February 2022, CIArb Australia welcomed candidates to the first of its training courses for 2022.  Candidates joined…