Book Review: The Application of Contracts in Engineering and Construction Projects

Home \ Resources \ Book Review: The Application of Contracts in Engineering and Construction Projects

The Application of Contracts in Engineering and Construction Projects
Donald Charrett, Informa Law from Routledge 2018

This is a fascinating book.  Nowhere is the ability of humans to organise themselves to carry out projects of simply massive scale and complexity demonstrated as clearly as it is in engineering and  construction projects.  The backbone of the ability of disparate groups of humans to come together in a massive project is the contracts they use.  This book explores how the contracts in major projects lead to success or failure,  projects with or without disputes and the way disputes are resolved.

Dr Charrett is extraordinarily well placed to do that.  He started his professional career as a Civil Engineer initially working in academia where he obtained his PhD.  During a long and successful time as a consulting engineer, he rose to become a Director of a major firm carrying out engineering work for infrastructure, mining and offshore projects across Australia.  Through his management roles and the involvement of his firm in troubled projects, and his increasing role as an Independent Engineering Expert in litigation, he developed an interest, and then studied law.  First as a solicitor in a top tier law firm (where, in his spare time, he obtained a Master of Construction Law) and then as a Member of the Victorian Bar, he experienced Construction Law from a different side.  And now, an International Arbitrator, his practice is more commonly Determiner than advocate.  Donald has experienced every perspective of an Engineering  dispute.

This book is a compilation of the papers Donald has written over his years since he became a lawyer.  They are not, generally, written as legal theses;  they speak to the real issues that all of us involved in Construction Projects can readily identify with.  With extensive footnotes, a reader can easily develop any particular scholarly interest.  Consistent with his engineering origins, Donald writes identifying problems to projects, their contractual genesis and the proposed solutions to them.

The fact the book has been compiled from individual papers Donald has written, or co-written, is a strength of the book.  It is not a book that demands starting at page one and progressing consecutively though its chapters.  This book encourages close examination of the Table of Contents and then reading chapters as they interest you.

The  32 chapters are arranged into 5 Parts, The Engineer and the Contract, The Project and the Contract, Avoidance and Resolution of Disputes,  Forensic Engineers and Expert Witnesses, and International Contracts.  The 379 pages explore virtually every aspect of Construction Law.  It is the sort of book that should be on every construction lawyer’s shelf and read either when pure interest or a particular case comes along.  It imparts great experience in a very readable form.

I was most fascinated by the chapters that concern catastrophic failures – an engineering term that imparts the thing fell down.  Donald reviews quite a number of such failures from across Australia and as well as Internationally from a contractual perspective. He looks at the results of the various Inquiries and presents a digest of the criticisms of the contractual arrangements expressed. Lawyers almost invariably forget that the reports of Inquiries into disasters such as the West Gate Bridge collapse, King Street bridge collapse and others have pointed to contractual arrangements that played significant roles in causation.  He commences one chapter on the topic with the by-line:  “Have we learned the lessons  of history?”.  With the current plethora of litigation around Australia concerning polyethylene and polystyrene flammable cladding, in which each defendant argues all the other defendants are to blame but not it, the answer must be a definitive “No”.

Another particular interest of mine, and much more legal,  is the role of codes of practice in informing the content of the duty of care.  In his chapter Donald explores the obligation to comply with a code through a number of case studies.

Quite a few chapters touch on the best method of resolving construction disputes.  He is well placed to put forward his opinions and he raises some interesting arguments in favour of some methods over others.

Other chapters touch on the history of engineering, quoting from the Code of Hammurabi 1950 BC and Vitruvius in 1 BC, to particular aspects of modern day contractual practices.  It is plain the history of Engineering is of considerable interest to Donald. He presents that interest in a relevant and engaging way.

The Application of Contract in Engineering and Construction Projects is that rare thing in a construction lawyer’s bookshelf.  While it is undoubtedly a useful legal reference in any dispute, the perspective and material it contains are also both interesting and enjoyable to read. 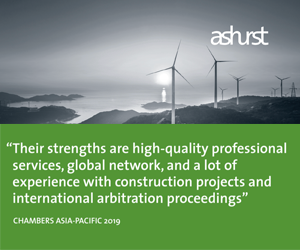